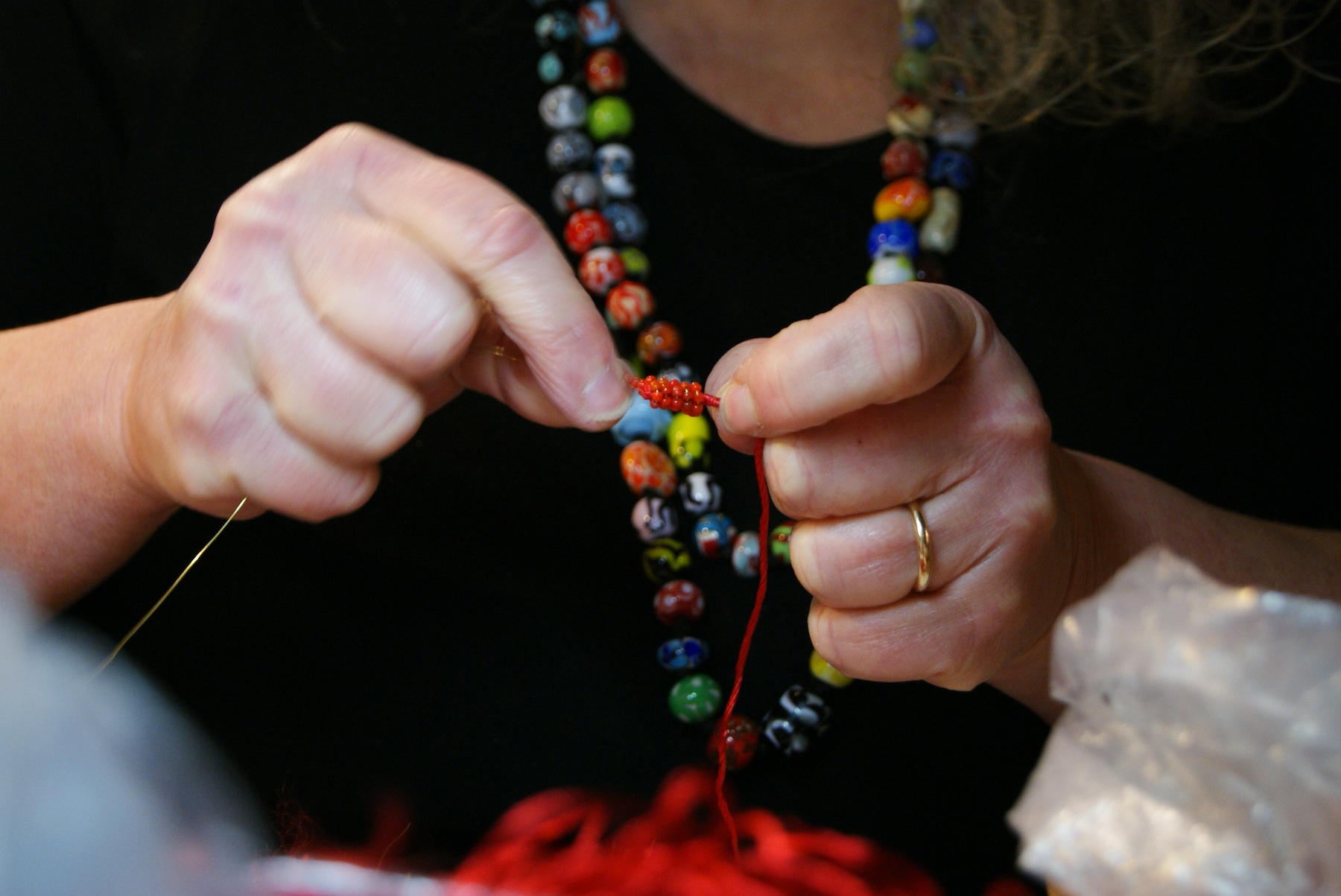 Venice is small. It has the size of a town.

But, behind any door, an entire world could open up for you, like stepping in Marisa’s workshop, in sestiere San Marco. 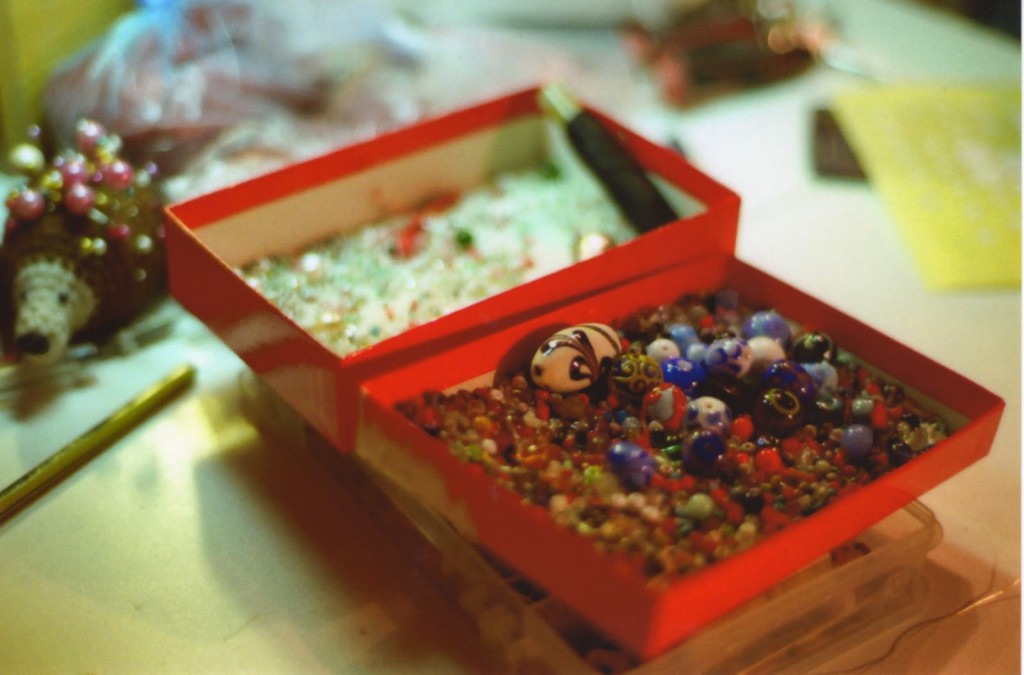 Today I am in Marisa workshop to know something more about the smallest kind of traditional glass beads made in Venice: the conterie. In Venice, the word conteria indicates a small round seed bead made of glass in different colors, that was used to make necklaces, flowers, embroidery. 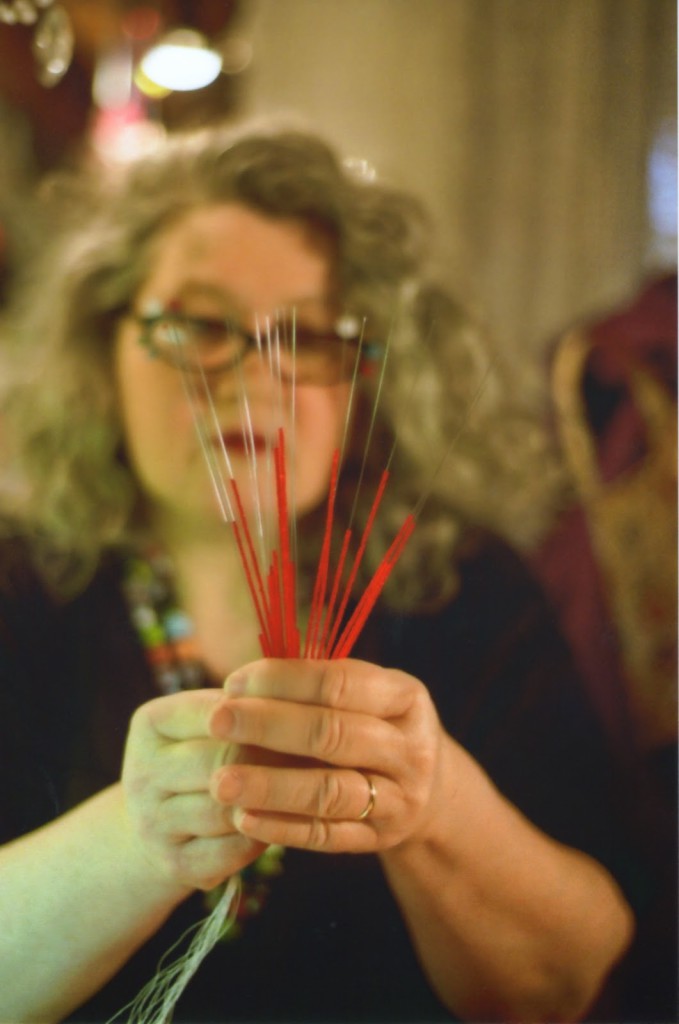 But another interesting aspect has caught my attention: the conterie were also used during the time of the Venice republic for trade, instead of cash, so they travelled all around the world, as we can now recognize them in native americans embroideries, and in some corners of Asia and Africa, too. They were expecially popular during the roaring twenties, when many flapper dresses had decorations and fringes made of conterie {just look at the costumes of the Great Gatsby, Boardwalk Empire or Downton Abbey!}. 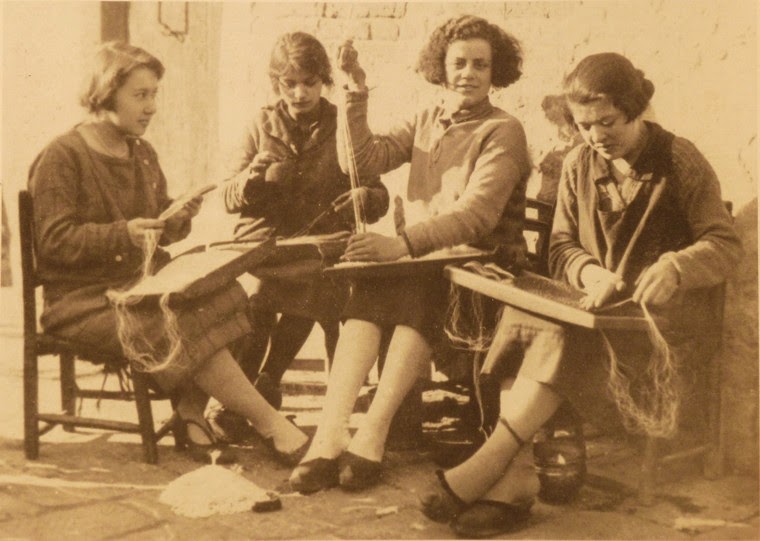 They were sold in a bunch-like bundle. They had to be already thread into a string to be sold: otherwise it would be impossible for buyers to see if they were pierced or not. Because if they were not, they would be useless. So, the Murano factories were in need of someone who thread them.

HAVE YOU EVER SEEN A CONTERIA? THEY ARE S M A L L. 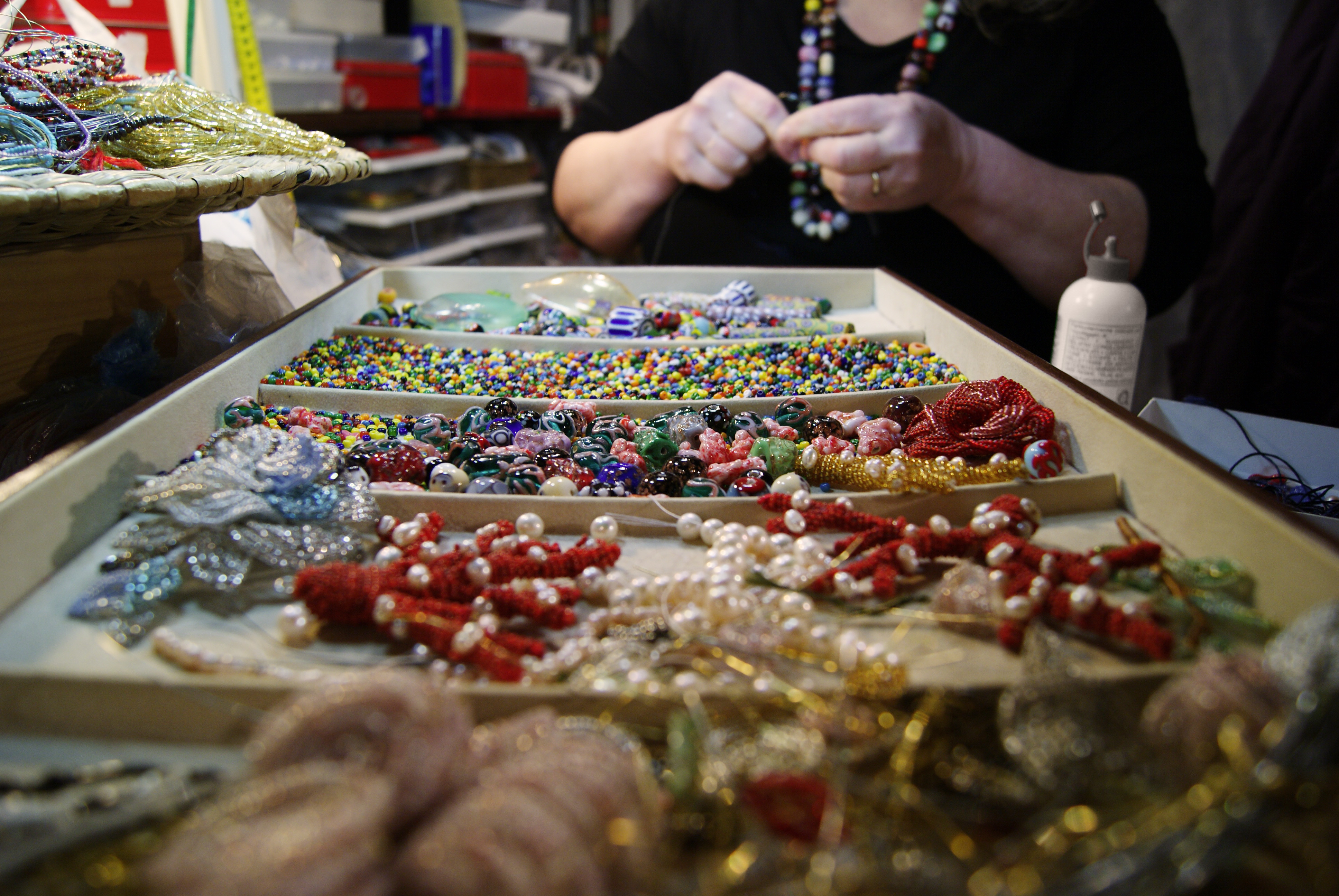 So this was a long, boring job. from the XIX century, until the 1960s, it had been made by women, called impiraresse.

Most part of these women lived in the sestiere Castello {see Venezia introduction  here}, as usually they were wives, mothers and daughters of men working at the Venetian arsenal {arsenalotti}, which was (and is) located there.

The impiraresse carried out their threading work from home. they were poorly paid and their houses were poorly lit, so they used to work outside, sitting on a chair, with the beads and the needles in a box on their knees.

There are many vintage photographs picturing them, sitting in small groups, working, singing and {i presume} gossiping a lot 🙂 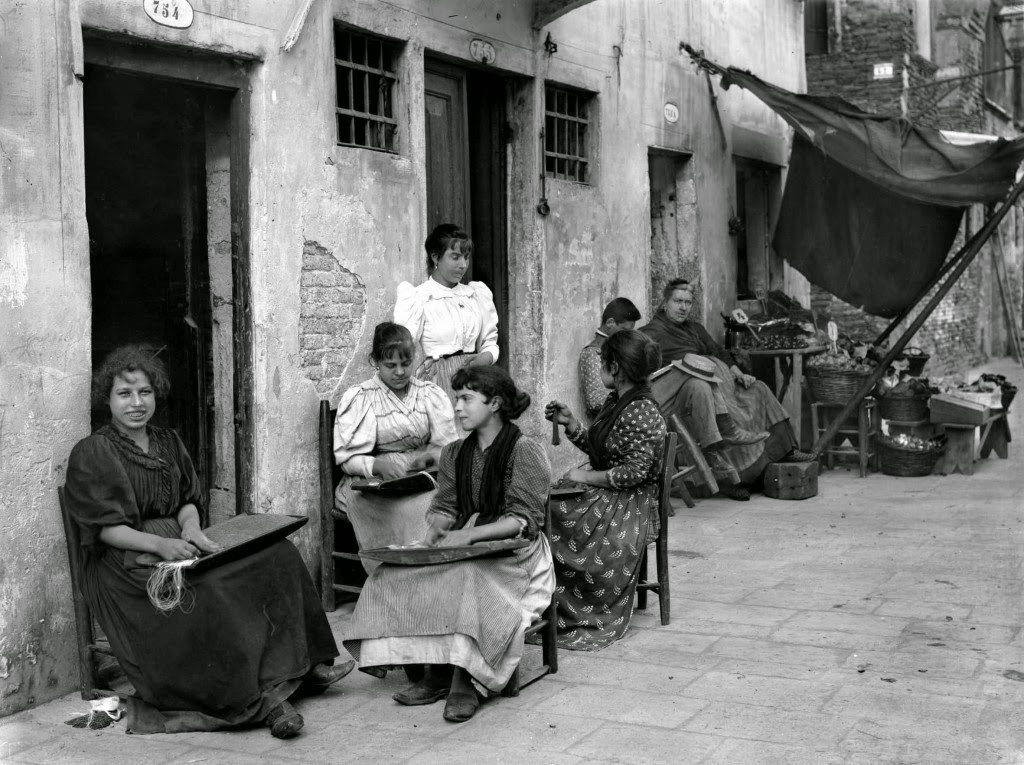 Marisa considers herself a contemporary impiraressa. she works from her shop near San Marco threading and embroidering, making small pieces of glass art. The impiraresse story is mostly unknown and untold, and their art has almost disappeared.

I didn’t know anything about that before meeting Marisa, who welcomed me in her workshop and the took me out for a walk in sestiere Castello to tell me the impiraresse story and show me the places where they worked.

IT WAS AN AMAZING DAY, AND I HAVE SOMEONE TO THANK FOR THAT.

I MET MARISA THROUGH THE NEW WEBSITE ITALIAN STORIES, A SMART IDEA THAT COMBINES THE NEW MEDIA TO THE OLD CRAFTMANSHIP.

Italian Stories collects artisans throughout all Italy, and gives you the chance to book your visit to their workshops, to live an authentic experience and to understand more about their personal story and the one of this wonderful wonderful Country.

I’d like to have something like Italian Stories in every country i visit, in order to meet people with precious skills that have to be preserved and handed down. 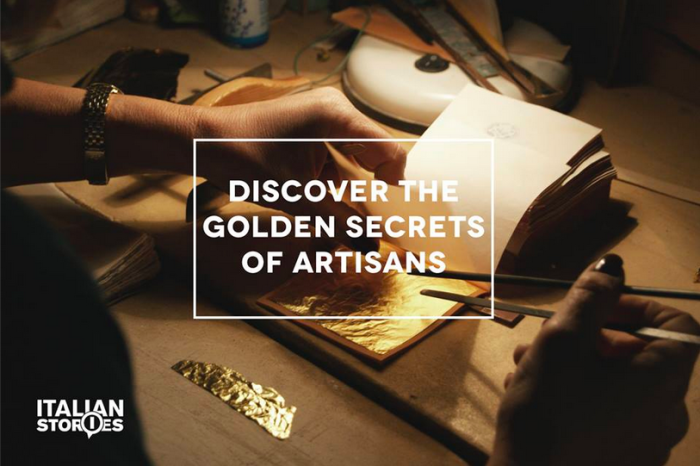 Welcome to the blog of Italian Stories, the travel experience website that connects travelers with Italian master artisans who offer hands-on workshops, demonstrations and tours.

Here you will find more artisans' work-life informations, a wide pictures selection of the artisans in their amazing workshops, and other curiosities.